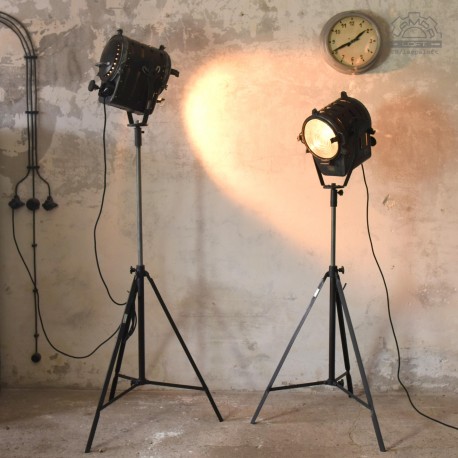 The RF-250 are film spotlights, produced in 1945 & 46 by the Polish Film Fabrication Department.
It was probably with their participation that the first Polish post-war feature film Zakazane piosenki was made. The premiere took place on January 8, 1947 in Warsaw at the Palladium cinema.
In 44 'the seed of the largest factory servicing the cinema industry was the Fabrication Department at the Film Leader of the Polish Army.
It was a film branch which created Przedsiębiorstwo Państwowe Film Polski.
The enterprise was chaired by captain Aleksander Ford, who later became the director of one of the most famous Polish films of the Krzyżacy.
In later years, the floodlights went to the Studio Filmów Rysunkowych in Bielsko-Biała, known from Reksio or Bolek i Lolek, among others.