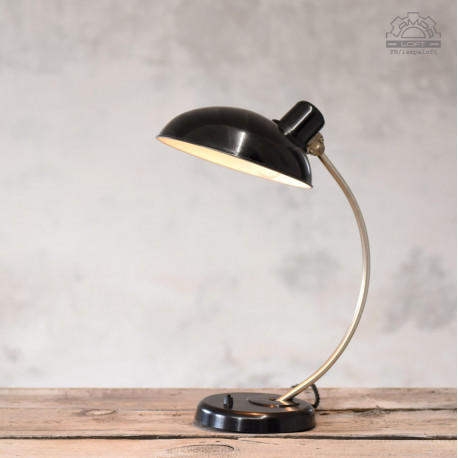 A lamp designed by Marianne Brandt who studied at the Bauhaus art school in Weimar, and later became the head of the Bauhaus Metall-Werkstatt in Dessau in 1927. Brandt patterns of household items such as lamps, ashtrays and kettles are considered as timeless examples of modern industrial design.
Lamp designed for Helion VEB Leuchtenbau in the city of Arnstadt.
Lamp base and lampshade made of bakelite.
It has a two-stage adjustment of the shade settings. The diameter of the lampshade 24cm, the base 18cm, height 49cm. Twisted cable in black cotton-lined 150cm.